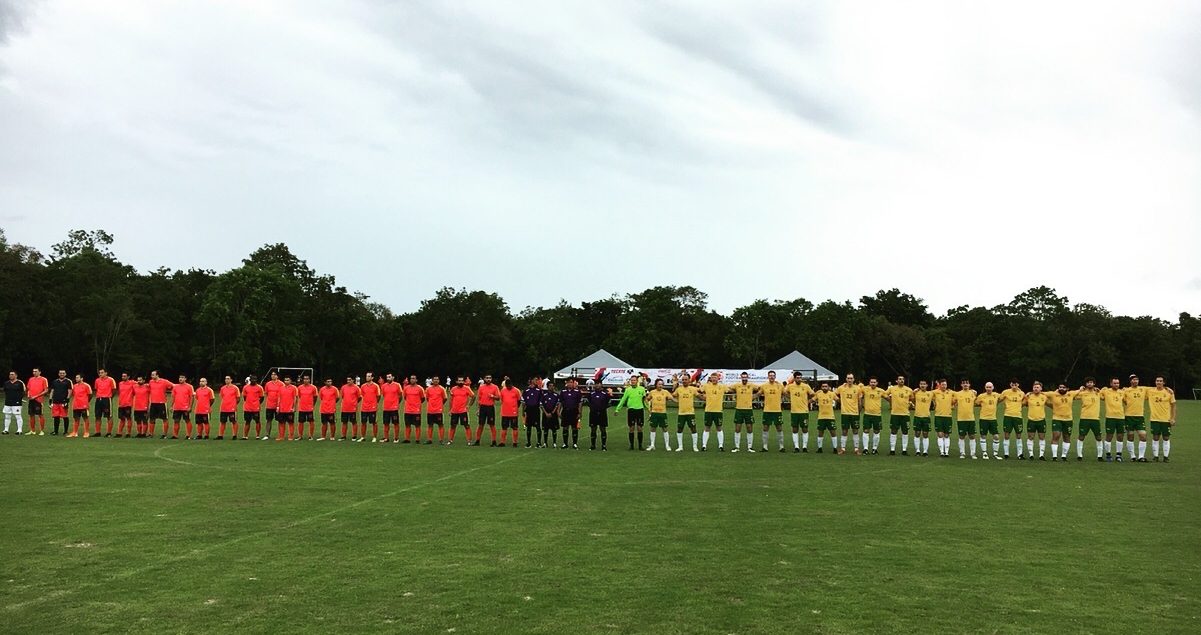 I am now writing a WMFC update in typical Mexican style – late.

I am pretty fortunate to be selected for an event such as this, but unfortunate that this particular year has been marred by some poor organisation and seriously oppressive heat. I am almost dreaming of a Somerville Winter.

Our first challenge was simply getting to our accomodation after being stranded at the airport by a driver who was… late. Very late. The following day we attended the opening ceremony which was held in an auditorium hot enough to melt an Aztec, followed by the draw. It turns out only 20 nations managed to field a team which would be split into 5 groups. The top 8 teams progress to the finals with the next eight playing off for positions. We drew a group with Columbia, Mexico and Catalonia. It may not sound like a bad draw, but the doctors from Barcelona started this competition 25 years ago and are a slick unit. Mexico being the home nation and Columbia next door made facing these three Spanish speaking nations a tough group. At least we didn’t have the powerhouses of 2018 – GB and Czech Republic.

The first round saw us up against Columbia. Somehow the Mexicans had forgotten to order enough busses for the 45 minute commute from our hotel, and after a 2 hour wait, we arrived at our game 5 minutes before kick-off. Luckily the Columbians were on the same bus and with the mercury tipping 38 degrees, we were already warm.

The contest was a dirty one, with behind-the-play niggle and plenty of diving. It was a stop-start affair, but that suited our tall timber in some way. Even without the refs on our side and some nervous football, we managed to roll these guys 2-0 for a great start to the tournament.

Austria weren’t so lucky. They arrived an hour late for their kick-off due to the bus fiasco, and their opponents South Korea refused to play demanding the points for a forfeit. You wouldn’t know these children were doctors. The organisers eventually rescheduled the match. 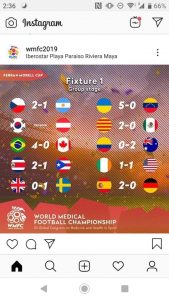 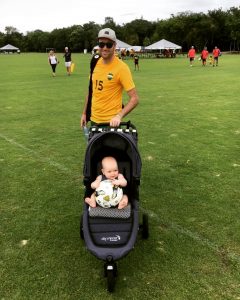 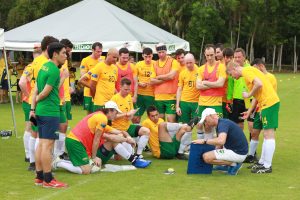 Round 2 was Mexico. We are not sure how many pesos they paid the refs, but it was certainly a bit. We were totally duped out of contention in this match with a soft penalty against us and two undeserved red cards leaving us with 9 men for most of the second half. We were even disallowed a great free-kick goal as the ref had incorrectly awarded an “indirect” free. Mexico scored while we were celebrating the non-goal. It also meant we were down two of our better players for the next contest against Catalonia. The eventual outcome was 3-0, but it left a bad taste in our mouths.

The final 8 is still a possibility if we do a number on Catalonia, but we are up against it. I personally have had plenty of game time and am coping with the heat quite well. I have represented the Eagles pretty well so far. Mim has become semi-famous in the resort here travelling to all the games and being a generally awesome baby.